From bare sticks to a bountiful harvest

When we first met Sharin Moznette, the founder of Open Arms India (OAI), in January 2011, and started talking about moringa, we had no idea how far-reaching our conversation would be!  Since OAI provides schools, orphanages, clinics and churches for impoverished villages in northeastern India, Sharin was very interested in the benefits that moringa could bring to the families with whom they work.

Soon after our meeting, we started an e-mail marathon with Sharin discussing moringa planting, watering, pruning, dealing with pests, best places to plant, harvesting, and finally, cooking and eating.  Sharin passed all of this info along to her Indian counterpart, Iqbal John, who oversees OAI’s work on the ground in India.

After receiving the information from Sharin, Iqbal decided to get some moringa cuttings and started planting.  That was in February 2011.  Here is a photo of his cuttings!  They were huge!  We had no idea if they would grow or not, but lo and behold, within a few weeks they started sprouting leaves. 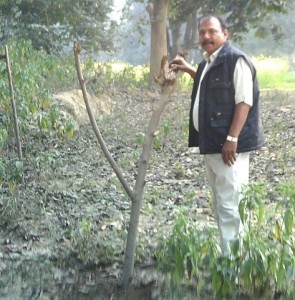 Iqbal with one of his moringa cuttings - Feb 2011

In May 2012, Iqbal sent this photo of himself with his arms full of nutritious moringa pods from his trees!  What a harvest! 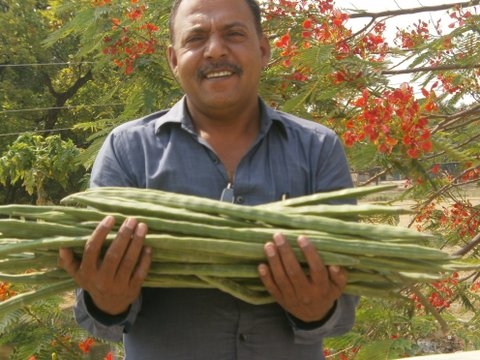 Iqbal with pods harvested from his moringa trees - May 2012

According to Sharin, “. . . when Iqbal sent me this photo, I just had to share it with you.  Remember when he planted about 14 months ago, soon after we met at Mission Connexion.  Today he harvested these pods and shared them with his neighbors as well as his family is eating them too . . . He also planted some trees by our Asha School in Bihar. It is our hope that we can have them at all our locations so that any of our orphans living on or near those sites can eat them.  And we also want to educate the locals about growing them too.”

It is so exciting to know that these children in India will have nutritious food to eat and that Strong Harvest has been a part of that provision!

This site uses Akismet to reduce spam. Learn how your comment data is processed.